A research trip to Tunisia – by Jason Blockley 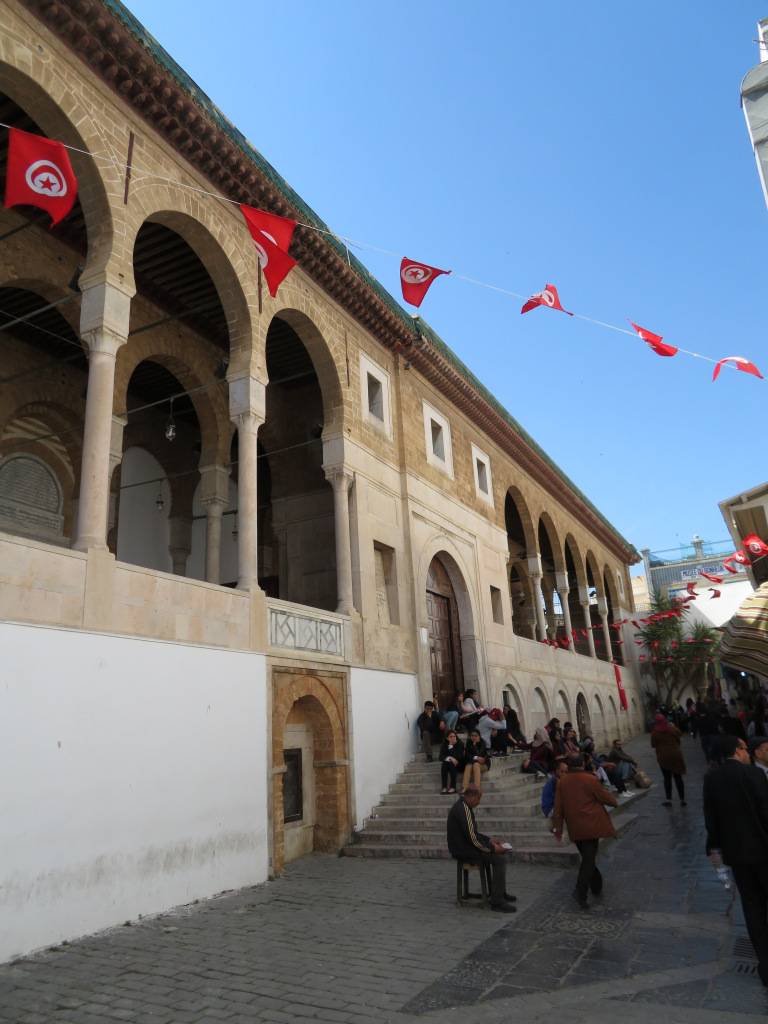 Mr. Jason Blockley, Coleman-Hilton Scholar, was in Tunisia in April 2017 for his research on the economies of late antique North Africa. Below his feedback :

« During the Roman period the provinces that cover the area that is now Tunisia were among the richest and most productive in the entire empire. Every year millions of tons of wheat, olive oil, fine pottery, and other goods left Tunisia’s shores for sale or distribution elsewhere in the empire. My research investigates the relationship between the state and the economy in Late Antique (c. 300-450) North Africa, which took me on an eight-day trip of Tunisia in April. While there I was lucky to have the expert services and friendship of Sami Harize, a veteran guide and expert on Tunisia’s cultural heritage.
For the first two days of the trip we were busy exploring the many ruins of Carthage, the ancient capital of Roman Africa which today is a suburb of Tunis. Like Rome, Tunis/Carthage is a patchwork of ancient ruins scattered amongst a modern metropolis. The ruins alone reveal the immense size and prosperity of Roman Carthage, a city that would have housed several hundred thousand people. The city boasted all the comforts and infrastructure that Rome had, including splendid baths, theatres, an arena, public aqueducts, and a sophisticated harbour system. The Bardo Museum in Tunis contains more evidence of the splendour that the citizens of Carthage enjoyed, including a staggering and unparalleled collection of ancient mosaics.

After having visited the major sites and museums in Carthage we set out for a three-day, ~1,000km tour of northern and central Tunisia. To properly describe all the incredible sites we visited along the way would require a short book at least, as it is impossible to travel anywhere in Tunisia without seeing some monument or cultural treasure. On the first day we drove through the verdant lush north of the country to see the cities of Dougga, ancient Thugga, and El Kef, ancient Sicca Veneria. The countryside is incredibly fertile and picturesque, and in antiquity the grain grown here was essential in keeping the city of Rome fed. Though both Thugga and Sicca Veneria were modest provincial cities they both boasted all the comforts of Roman urban life, including baths, theatres, and fine homes for the wealthy. Many of the ruins of Sicca Veneria have disappeared beneath the modern fabric of El Kef, but the ruins at Dougga are pristine, and a sure rival for sites like Pompeii. Dougga, like many other ancient ruins in Tunisia, coexists with modern pastoralists just as it would have done in antiquity. On the second day, we started heading south into central Tunisia, where the landscape became more arid and rocky. Not well suited for growing wheat, this area specialised in olives. In fact, the area is practically a forest of olive trees as it was during the Roman period. Along the way we visited Haïdra, ancient Ammaedara, and Sbeitla, ancient Sufetula. During the early years of Roman rule in Africa Haïdra was an important military site, a role it resumed during the tumultuous Byzantine period. The imposing triumphal arch, partially encased in ad hoc walls, also echoes the military history of the city. The ancient site of Haïdra. Photo by Jason Blockley.

The ruins of Sufetula lie in an impressive archaeological park right next to modern Sbeitla. Again, the ancient city boasted all the signature comforts of ancient urban life, but also has an unusual triple-Capitoline temple as well as several early Christian churches with mosaiced baptismal pools. On the last day of our tour of the Tunisian countryside we visited Kairouan and El Djem, ancient Thysdrus. Kairouan was settled around 670 CE during the Islamic conquest of Africa, and the city’s Great Mosque was the first in the entire Maghreb. During the early Middle Ages Kairouan became the seat of power, politics, and culture in Tunisia, taking the place that Carthage (now ruined) had occupied during the ancient era. Although Kairouan was the centre for the burgeoning Islamic civilisation in Tunisia, vestiges of the country’s Roman history made its way into the city. The ruins of Roman monuments in Tunisia were used like a quarry to embellish Kairouan, including the Great Mosque – ancient architectural elements can still be seen today. The Great Mosque at Kairouan. Photo by Jason Blockley

El Djem, like El Kef, has mostly buried its ancient ruins beneath the modern city – except for its immense amphitheatre, which was among the largest in the Roman Empire. The amphitheatre, sited in the heart of the city, is clear evidence that Thysdrus’ arid environment was no impediment to the Romano-Africans building a prosperous and comfortable city. The amphitheatre at El Djem. Photo by Jason Blockley.

After El Djem our tour of the Tunisian countryside and its many cities and towns was finished and we drove back to Tunis. The next few days were spent exploring more of medieval and modern Tunis. The city’s Medina (old town) is a lively and bustling labyrinth full of small shops, cafés, homes, and mosques. The modern city has far outgrown its ancient, medieval, or colonial limits and is today a veritable metropolis. My journey through Tunisia was rewarding in many ways. It provided needed nuance and context to my research, and I am grateful to Sami for pointing out countless things I would have otherwise missed. Experiencing and learning about modern Tunisia was equally rewarding. Lastly, the people of Tunisia remain a hospitable and generous people despite the hardships they have weathered over the years.

NB : The original article is available on the following link :

A research trip to Tunisia 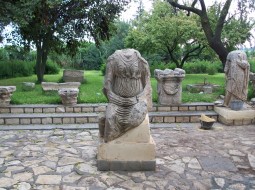 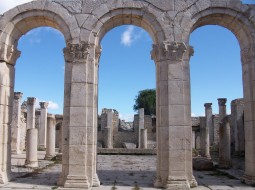 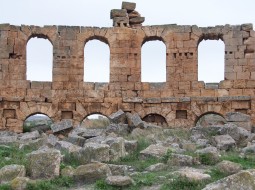